Klinik Kompass
Home Expert Which Plastic Surgery are you Proud of, Prof. Giunta?

Plastic Surgery does not only deal with aesthetic operations, but it also covers reconstructive interventions after accidents, cancer operations or congenital malformations. In this interview, Prof. Dr. Giunta, President of the most important expert association for plastic surgery in Germany, talks about achievements, the influence of Instagram on his field, and the treatment of patients from abroad.

Clinic Compass: Prof. Dr. Giunta, you work at a university hospital, but many plastic surgeons are employed at private clinics or direct their own private practices. How is the everyday life of a plastic surgeon different from that of a surgeon with a different specialization?

Prof. Dr. Giunta: It is not different from other disciplines like orthopaedics for instance. An orthopedic who is employed in a large hospital might focus on tumor diseases or difficult spine surgeries, whereas the registered orthopedic who has his or her own practice deals more with injection therapy for treating arthrosis or back pain. The same applies to plastic surgery: Our main task in a large hospital like the Ludwig-Maximilian University Hospital in Munich consists of the reconstruction after tumor resections, injuries or malformations. The board certified plastic surgeon in private practice can offer simple aesthetic surgery procedures such as eyelid lift or liposuction, which are often more lucrative than reconstructive surgery.

Besides commonly known aesthetic surgery, there are also in many countries lesser known reconstructive fields in plastic surgery, for example reconstructive breast surgery, hand surgery and burn surgery. You deal with all of these at the LMU. Was there a recent intervention that made you especially proud?

Prof. Dr. Giunta: There is a series of operations in different regions of the body that require a very individual solution. The spectrum is very broad: on the one hand, there are severely injured people, conditions of the elderly people such as chronic injuries, pressure sores or diabetic foot. On the other hand, we also treat congenital malformations. You asked me for a particular case. In January, there was a nine year old boy that was run over by a bus and had almost lost his leg due to the loss of the soft tissue at the knee joint and on the lower leg. We were able to save his leg with the help of microsurgical tissue transplantation. Today I received a picture which shows him walking on his own legs again without walking aids. His leg didn’t have to be amputated thanks to plastic surgery and he will still be able to use it for many decades of his life. An operation like this entails a lot of satisfaction for me as a doctor in plastic surgery.

The German Guideline for Lipedema is hardly ten pages long, compared to the Guideline for Prostate Cancer for instance, which cites many studies and comprises more than one hundred pages. Is there only little research done in this field of plastic surgery?

Prof. Dr. Giunta: No, not at all. The contrary is the case: it is a field that examines the interface of different medical areas. The treatment of lipedema ranges between medical and non-medical service without clear criterias and regulations, yet. With the help of the german ministry for health, peer colleagues involved in the treatment of lipedema and the public, the plastic surgeon has to establish criteria that differentiate the disease from overweight. This discussion has not been conducted in detail to the end, yet. In contrast, the prostate carcinoma is an isolated entity that is known for several decades already. Furthermore, lipedema has only recently been recognized as a disease. Thus, it is completely unknown territory for doctors as well, which is why social discourse has to be encouraged and is severly supported by plastic surgery.
That doesn’t have anything to do with research activities, which are excellent in plastic surgery: We deal with all regeneration processes and tissue transplantations of the body.

Aesthetic surgery profits from the fact that its results are clearly visible more than any other medical discipline. In other words: before-and-after pictures are very popular in social media. Did you experience an increase in patients in the past years? Did you already get to know any Instagram-patients?

Prof. Dr. Giunta: These before-and-after pictures of surgical interventions are prohibited in Germany due to the medical-advertising law (Heilmittelwerbegesetz). However, in reality, many cases are not sanctioned, but in general it is forbidden. Of course, this also applied to social media. Just today, I wrote a letter to Jens Spahn, our Federal Health Minister, and also to Prof. Dr. Frank U. Montgomery from the German Medical Association in order to demand common effort to curb uncontrolled growth in this area.
Unethical representations are being published, which trivialize aesthetic surgery. This is a problem especially for young people who often consider this topic quite uncritically and are not always aware of the possible complications that such an operation can entail. Commercial institutes as well as some doctors are advertising without labeling it as such. This flood of before-and-after pictures has to be curbed massively and contributions from commercial institutes and doctors has to be marked as advertisement visibly for everyone. The same happens in the general discussion amongst the so-called ‘influencers’ in social media. Unfortunately, also in the issue of inadvertent commercialization of medicine, plastic surgery has a high responsibility to maintain the high public respect of a medical doctors with the main purpose of healing sick patients achieved in hundreds of years, which clearly differentiates the medical profession from other common commercial professions such as hairdressers or cosmeticians.

Apart from the advertising aspect of these pictures, do they lead to more patients due to the dissemination in social media?

Prof. Dr. Giunta: Of course these pictures create a certain demand. Twenty or thirty years ago, aesthetic surgery was a taboo subject in Europe. Today, the opposite is the case, partly due to these pictures that are being published. There is nothing to argue against information in public, but it has to be kept factual and reasonable. The aim should not be to show celebrities before and after their surgery in order to create personal benefits for them and to provide for a spectacle. The ridge between factual information and in Germany forbidden advertisement is very small.

Prof. Dr. Giunta: Absolutely. There are patients from other European countries, from countries of the former eastern bloc as well as from the arabic world. In my field, patients do not only come for aesthetic surgery but also for complex reconstructive surgery. Sometimes, patients come also from the USA because operations have generally far less costs here. The influx of foreign patients especially in Munich is comparatively high and there is also the required infrastructure i.e. with a specialized international patient office at the Ludwig-Maximilinas University Hospital being available.

Univ-Prof. Dr. med. Riccardo Giunta is head of the Department for Hand, Plastic and Aesthetic Surgery at the University Hospital Munich (LMU). He is also President of the German Association of Plastic, Reconstructive and Aesthetic Surgeons (DGPRÄC). 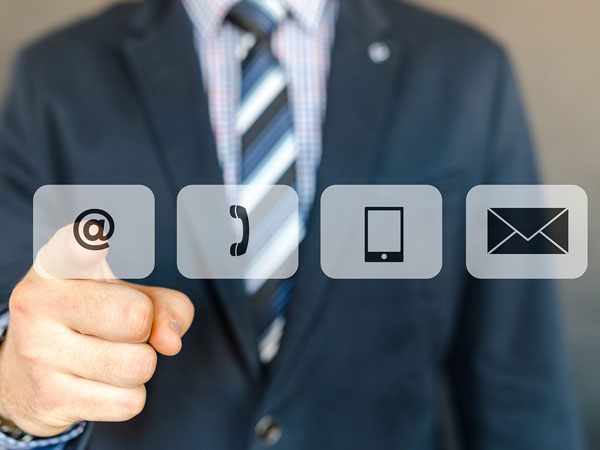 Bypass surgery – yes or no?

September 22, 2019
Medicine
When an artery of the heart is blocked, a bridging is necessary in order to provide the heart with sufficient oxygen. This bridging is called a bypass. In this article, you can read about the duration of a bypass operation, its costs and risks.

May 5, 2020
Medicine
Diagnosis - Therapy - Medication - Cost. This article presents the most important information on the treatment of asthma in Germany.

Skin Cancer – A Consequence of Sunburn?

February 10, 2020
Medicine
Diagnosis – Therapy – Medication – Costs. This article gives the most important information about the treatment of skin cancer in Germany.